To: Board and CEO of Southwest Key Programs Inc. 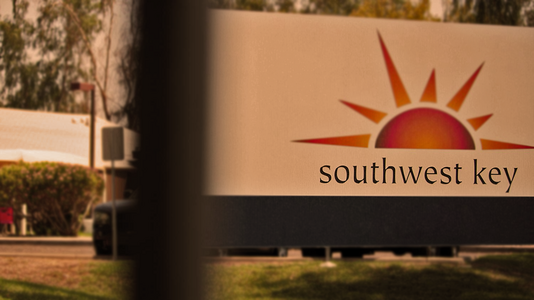 We call on Southwest Key Programs Inc. to stop warehousing immigrant children, do everything possible to reunite them with their families immediately, and use all profits garnered from government contracts to support pro-immigrant rights groups working to reunite families and end their imprisonment. We urge you to do the ethical thing and stop cooperating with the Department of Justice, Department of Homeland Security, Office of Refugees and Resettlement, Health & Human Services and ICE.

Why is this important?

While we applaud the many ways in which Southwest Key Programs have worked long and hard to establish its reputation for serving youth and families in the Latino communities of Texas and beyond, we are writing this letter because we are extremely concerned about your radical shift in mission. Your collaboration with and acceptance of the federal government’s “zero tolerance” immigration policy that has included separating children from their parents is not in line with your wholesome and ethical work in education.

Some of the children horribly separated from their parents are now in your custody, without any clear path for reunification, and your former CEO’s affirmation that he sleeps well at night is completely inappropriate given the dire circumstances these children and families, and immigrants and Latinos in this country now face.

As you know, many Americans, and Latinos find the separation and imprisonment of children and other actions on the border extraordinarily objectionable. A Washington Post headline titled “What separation from parents does to children: The effect is catastrophic” stresses the long term trauma that the separated children will suffer while imprisoned in yours and similar facilities.

As of now, hundreds of children have not yet been reunited with their families, and there is no trust as to the end of inhumane family incarcerations that will now be moved to military bases where the families will be rendered invisible. Each day brings more news of bureaucratic mismanagement of people’s lives. Each day, the children are further and further traumatized. Each day, immigrant families are at risk of being further tormented and abused.

We urge you to take action and separate yourselves from this administration and shut down all portions of your organization that have any part of the incarceration and imprisonment of immigrants.

We have 103 signatures friends! Than you so much for signing! But please don't stop now! Share with your friends and let's get to 200!